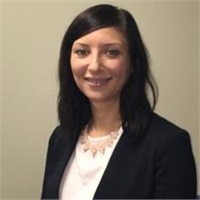 Zarina Sullivan is a senior advanced planning consultant in the  Advanced Planning Group for Cetera Financial Group, a leading  network of independent broker-dealer firms. The platform is the  second largest independent financial advisor network in the nation  by the number of advisors, as well as a leading provider of retail  services to the investment programs of banks and credit unions.

As an Advanced Planning Group consultant, Zarina is responsible  for providing advice and support for financial advisors on  numerous complex financial planning subjects. Her range of  expertise includes areas such as retirement and education saving  strategies, charitable giving planning issues, estate planning and  wealth transfer, and tax issues, to name a few. In her spare time,  Zarina provides financial education and counseling to U.S. military  members and their families.

Previously, Zarina lived and worked in China for several years,  and upon returning to the United States, she was employed by  Fidelity in both advisory and consulting roles. She then became a  financial planning analyst for an RIA in Pasadena.

Zarina is originally from Belarus. She relocated to the United  States to pursue her MBA with a minor in finance at Tarleton State  University, a subsidiary of the Texas A&M System. Prior to earning  her MBA, she received her bachelor’s and master’s degrees in  English and English Literature from Minsk State Linguistic  University in Belarus. She has held her CFP since 2013. She also  holds Series 7, 9, 63 and 66 securities registrations in addition to  possessing an insurance license.